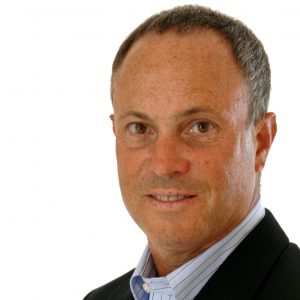 At age 34, Our founder, Robert J. Pryor became an executive in a company that designed and manufactured complex electronic systems.. This company, which ultimately became a subsidiary of Lockheed-Martin, was a U.S. early adopter of so-called “Japanese methods” for improving production quality and on-time delivery, while simultaneously reducing fixed and variable costs. This is where he was first exposed to what is now widely known as “Lean” Manufacturing.

Robert wasn’t much interested in Lean or manufacturing at the time, with his primary responsibilities being in product management, marketing, sales, and product development.  His Lean learning at the time was by osmosis, and his lack of serious interest in the topic dissuaded him from delving deeper into understanding the Lean system and how it worked. Still, there was no doubting its effectiveness. .

Later, as general manager of a business unit within this same organization, Robert took on the additional responsibility of hardware and software product development for a new product line. It was there he gained first-hand knowledge of the importance of Lean “feeders” into the manufacturing process such as Design-for-Manufacturability (DFM). He also had the opportunity to implement emerging Lean productivity improvement practices in the engineering and product development functions such as concurrent (parallel) product development. These new approaches resulted in bringing complex new electronic systems products from concept to product delivery in record time—as little as a third of the time of the previous product development cycles—with first-time manufacturability straight out of engineering.

After five years, Robert left this organization and his new career focus was on running software companies, which later evolved into Internet and Web-based software. Little did he realize this new direction would eventually cause him to revisit his “manufacturing” and Lean experience, which he had so little interest in at the time.

Fast forward to when, for the fourth time, Robert took on the role of software company CEO. This particular startup company was developing and providing one of the first large-scale interactive Web applications. It was there that his association with an offshore software development organization first exposed him to a new way of developing software called Extreme Programming, which later became referred to as Lean Software Development.

This novel Lean process for developing software turned on its head everything Robert knew about the way software was supposed to be developed, and the way software development organizations were supposed to be managed. Despite his previous successes in implementing leading-edge processes and seeing transformational performance improvements, some of the premises of Lean Software Development were too “out there,” even for him, and he had to be dragged kicking and screaming into the world of Lean Software Development.

Robert nevertheless took the leap, and started to understand what the business (not just technical) implications were of implementing Lean Software Development in software-dependent organizations. At that point, there was simply no going back to traditional software development methods for him, ever again. The traditional cycle time for software releases was six to twelve months or more, after completing an exhausting process where the only predictability was the pain that you would inevitably experience going through it. If you have ever managed an organization that develops or depends on software, you understand this.

Instead of six-plus month development cycles, for several years Robert’s company made weekly production (not “Beta”) releases to the Worldwide Web, without one major production failure due to quality problems (aka, software “bugs”). His company also became one of the first in the world to successfully use this Lean Software Development process with an offshore team. Robert founded the Lean Software Business Interest Group within the San Diego Software Industry Council as a venue for sharing his discoveries and best=practice experiences with others in the software industry community.

Robert subsequently became an avid student of Lean and he wanted to understand more about its origins. He was about to complete the Lean circle that started with his exposure more than a decade before to Lean Manufacturing.

Back to the Future

In 2011, Robert started a firm to provide consulting services to CEOs on a variety of business challenges they faced. This provided him the opportunity to work with CEOs in a wide range of industries, sometimes advising on strategy and finance issues, but often also on operations. One pattern he observed is how rare it was to find a CEO who was happy with his or her sales organization and sales results. Robert consistently found that nearly every company he worked with had significant challenges in its marketing and sales area, even if that was not the primary issue that triggered them to seek his help. The most common CEO complaints about their sales organizations were:

Robert immediately realized that this list of symptoms and causes was nearly identical to those he grappled with in software development before implementing Lean. It occurred to him that the same Lean Thinking and methodologies that solved these chronic problems in areas such as manufacturing, product development, customer service, and health care delivery might be used to revolutionize the way sales processes and organizations are designed and managed with similar breakthrough results. For those reasons,

Robert began to think, “If Lean can create seeming miracles in every area it’s been tried in AND I know how impactful it’s been in software development AND looking from the outside in−sales seems to have cultural and performance challenges in common with software development−then WHY CAN’T Lean be a solution for sales as well?”

“What would “Lean Selling” look like?” Robert thought. Although core Lean principles were maintained across various application domains, the implementations have to be modified to conform to the new context to achieve the desired result. Someone had to create the proper methods and tools for each new application context. In effect, this “someone” had to invent a new Lean system methodology and tools to support traditional Lean objectives.

Robert started scouring the Internet for case studies of Lean transformations in companies’ selling processes. To his shock and amazement, he couldn’t find any. It also became clear to him that there was a hole in the market that was not being filled. That’s when he decided to write and publish the first comprehensive and seminal  “cookbook” on the topic, Lean Selling: Slash Your Sales Cycle and Drive Profitable, Predictable Revenue Growth by Giving Buyers What They Really Want.

Way Back to the Future

In 2011, a new book took the venture capital (VC) world in Silicon Valley by storm. It was a book called The Lean Startup, which introduced the first comprehensive “cookbook” approach to using Lean practices and principles as the methodology to build a successful startup company.
Certain core concepts from the book found their way into the vernacular of the Silicon Valley VC community, and soon phases like, “product-market fit” and “MVP” (minimally viable product) became the language that VC’s used to communicate with entrepreneurs seeking funding.
Robert was surprised and impressed at how far the envelope had been pushed in the application of Lean principles and practices. While he had instinctively applied many of these principles himself in his mentoring of startup and early stage companies over the years, he had not “connected the dots” that this business application of Lean could form the core driving principles for developing a new company. Its adoption over the next few years was like wildfire and The Lean Startup became the textbook for entrepreneurs looking for funding.
By this time, Robert had been mentoring CEO’s of companies for more than two decades. He was told he good at it and that he had a significant impact on a number of companies that became very successful. But Robert didn’t have a documented process for mentoring CEO’s. Although there was a consistency to his approach and an overarching process to what he did, it was never formalized.
The CEO’s Robert mentored were running companies that were beyond the startup stage. They had a different set of problems and challenges than startups did. He especially noted a common pattern with companies that were post-startup but pre-steady-state.. These were the “tweener” companies that a common set of challenges as they struggle to reach critical mass.
These types of companies because known as “scaleups” to differentiate them from startups. And scaleup challenges were common across industries:
Almost universally, the combination of these realities in scaleup companies led to the following undesirable effects:
The net result of this was the company falling into a state of “decision paralysis” that threatened progress and needed improvement along with growth and profitability. On a personal level, it increased stress for the CEO to a level that decreased productivity and threatened personal well-being.

One day Robert asked himself why he had not considered applying the Lean principles and practices he understood and appreciated so much to address these issues in scaleup companies. He didn’t have a good reason except that he somehow hadn’t thought to do it (not really a good reason).

Robert realized that CEO’s of scaleup companies would benefit from an application of Lean principles and practices tailored to the realities and  challenges they faced. In essence, he believed these companies and their leaders would benefit from specialized tools and a formal methodology that picks up where The Lean Startup drops off.
Robert decided to call this new methodology Lean Scaling. This new application of Lean is the basis of the CEO mentoring tracks delivered on the Mentorley platform. Its primary objective is to help CEO’s of scaleup companies make better decisions faster, and reduce their job stress, as they continuously strive to grow their companies profitably.
You can learn more about Mentorley on this site.